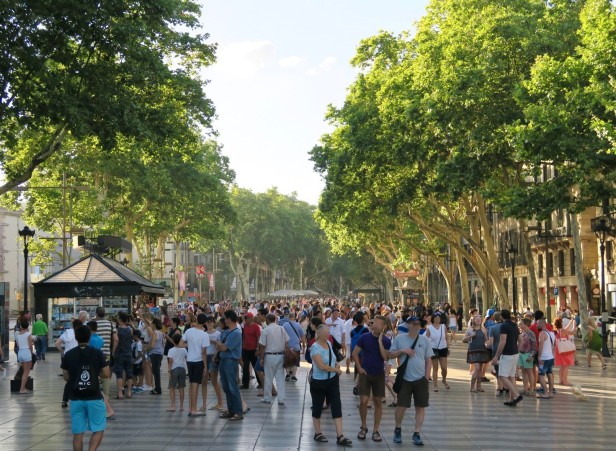 Urban trees are important, but how can we finance them? Image provided by B. Thompson.

Urban green spaces, including parks and private gardens, provide a range of benefits, or ecosystem services to residents. These include cooling the air, reducing flood risk, and enhancing recreation and physical activity. However, urban green spaces are increasingly under pressure from urban development, partly because of a lack of funding to protect and improve them. In this study we describe how a financial mechanism called “payments for ecosystem services” could be used to support urban greening and conservation efforts.

Payments for ecosystem services (PES) projects have so far been used in over 500 places around the world to provide funding for nature conservation projects. Almost all of these past examples come from rural areas, but the idea has not yet been seriously applied in cities. We argue that PES holds great potential to support improvements in ecosystem services, because of the many beneficiaries of these services who might be motivated to pay to support them. For example, restaurants that benefit from being located next to public parks could help support their upkeep. Similarly, insurance companies could pay homeowners to plant more vegetation to slow the flow of rain water and reduce flood risk, thus reducing their pay-outs to flooded properties.

To make PES happen in cities we need better science to measure the benefits of urban ecosystems. Also, we need to identify groups of people who might be interested to pay to support urban greening and conservation, and link them to the landowners who manage urban green spaces.