Michael Dove (Yale University) contributed a chapter to Grasslands and Climate Change, the latest volume of the Ecological Reviews series. In this post Michael tells us more about his chapter, which explains the vital importance of considering socio-economic issues when researching the impacts of climate change on traditionally managed grasslands.

But consider the case of anthropogenic, fire-climax grasslands, referring to grasslands, mostly in the tropics, that are created and maintained by human activity, in particular periodic burning.  Almost all aspects of these grasslands are obfuscated, misinterpreted, and disputed by the actors concerned with them: local farmers and herders on the one hand, and on the other hand extra-local government agents and scientists.  Local actors tend to see these grasslands as a valuable natural resource to be exploited and stewarded, whereas extra-local actors tend to see them as wastelands needing to be ‘reclaimed’.  This difference in perceptions makes these grasslands one of the most contentious landscapes on the planet, which hugely complicates efforts to understand how they will be impacted by climate change and how to plan accordingly.

The view of these anthropogenic grasslands as a static landscape threatened with change by a warming planet is incorrect.  Once considered exemplars of stability, grasslands are now seen as just the opposite.  For example, the objective of traditional grassland management in Southeast Asia is to maintain them, to prevent them from succumbing to natural processes of afforestation.  Whereas the conservation and development community sees such grasslands as fixed in the absence of outside intervention, therefore, local actors see them as ephemeral unless actively maintained.

One of the reasons why local and extra-local actors see grassland ecology differently is because they disagree on the question who has rights to these lands, how they should best be managed, and to what ends.  In the climate change discourse, landscapes like these anthropogenic grasslands are treated as sociologically ‘flat’: it is assumed that climate change impacts everyone equally.  But there are winners and losers in traditional grassland management, as is also the case in grasslands – indeed all ecotypes – impacted by climate change.

The politics of traditionally managed anthropogenic grasslands inevitably affects how they are studied.  Of most importance, local, traditional, folk systems of grassland management – which do not benefit central state elites – are under-studied and under-appreciated.  This neglect lies at the root of a century of failed conservation and development interventions in grasslands, which should stand as a cautionary warning against overly-facile efforts to apply to them programs of climate change mitigation or adaptation.

Climate change and its biophysical and socio-economic impacts are not subjective, but our understanding and assessment of them can be, especially when what is being impacted is itself poorly understood.  Traditionally managed anthropogenic grasslands are one of the most contested, obfuscated, poorly understood landscapes on the planet.  Trying to understand how they are affected by climate change is complicated by a lengthy, prior history of misunderstanding.

The questions raised with respect to these grasslands have more general relevance for our study of climate change and its impacts:

(1) Although most scholarship focuses on climate change alone, its impacts in most if not all cases are imbricated in other sorts of ongoing socio-economic developments.

(2) Although scholars rightly see climate change as a universal challenge to all human society, the landscapes that are impacted by it are marked by prior histories of political contest and social differentiation.

(3) A fulsome understanding of the impact of climate change is predicated, therefore, upon study of the socio-ecological histories of the landscapes involved.

(4) These histories mean that, in some cases, the impact of climate change is eclipsed, in the eyes of local actors, by matters of more immediate importance like struggles over resource rights. 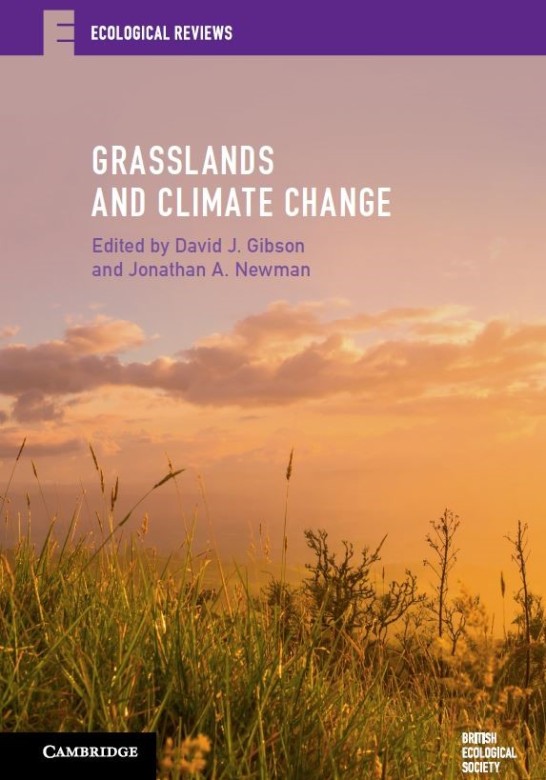 Grasslands and Climate Change (ISBN 9781108163941) is part of the Ecological Reviews series. BES members get 25% off all titles in the series when buying directly from Cambridge University Press.

Read David Gibson’s introduction to the book on the Journal of Ecology blog.