Ahead of this year’s British Ecological Society Annual Meeting, we wanted to give you the chance to get to know some of the people behind the decision letters. 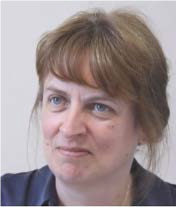 First up from People and Nature to round off the week and give you a taste of what is to come is Lead Editor Rosie Hails. Rosie is the Director of Science and Nature for the National Trust and was awarded an MBE for services to environmental research in June 2000.

We will hear from the rest of the Editors next week!

What can you tell us about the first paper you published?

It was so long ago, it was before most people had PCs, so I waited until the machine in Mike Hassell’s office was free in the evening to work on it. I found the reviewing process tough going but it was worth it in the end.

What’s your favourite species and why?

It will always be the insect I did my PhD on: Andricus quercuscalicis, as it introduced me to the world of community ecology through gall wasps and parasitoids.

Who inspired you most as a student?

Hard to pinpoint any one particular person, but the academic environment at Silwood park in the 1980s was very stimulating, if somewhat intimidating for a young female student.

If you could wake up tomorrow with a new skill, what would it be?

I would like to be skilled in analysing gene sequences, as they reveal fascinating insights into evolutionary processes.

Are you a good cook? What’s your signature dish?

What was the first album you owned?

If any fictional character could join your lab, who would it be and why? 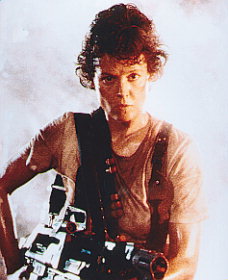 Ripley, because she is tough and would be amazing at fieldwork.

How many British Ecological Society annual meetings have you attended? Which one was the best?

Too many to remember. It’s all a blur so I can’t distinguish one from another.

Are you attending #BES2018? If so, when is the best opportunity for people to meet you?

Yes – best time to meet me would be in the nearest pub in the evenings; but happy to chat at any tea or coffee break too.

Prof Rosemary Hails is Director of Science and Nature for the National Trust.  She is Chair of the Advisory Committee on Releases to the Environment (ACRE) and a member of the Natural Environment Research Council Science Board as well as Council member of the RSPB. She leads the co-ordination team for the Valuing Nature Programme, a £7 million interdisciplinary research programme funded by NERC, ESRC, BBSRC, Defra and AHRC. She is a vice president and member of council for the British Ecological Society (BES) and in 2008 co-founded the Natural Capital Initiative in collaboration with the BES and The Royal Society of Biology. She was a member of the expert panel and an author for the UK National Ecosystem Assessment and a member of the first Natural Capital Committee.